Bhangjeera ki chutney is a delicious chutney made in Uttarakhand. This crop found in the mountains is also used as medicine. Bhangjeera seeds are used in large quantities in the hilly areas of Uttarakhand. These seeds are used in making chutney and oil. And the taste of food can be improved by adding salt. People of the hills use chutney in their morning breakfast, lunch, dinner, appetizer, or with any finger foods. Making bhanjira chutney is easy. That’s why most people serve Bhanjira chutney with roti and parathas for breakfast.

How to make Bhangjeera  Chutney ?

Pav bhaji is a favourite snack. It is liked all over India. Or you can say that it is one of the favorites. In different places in India, bhaji made with vegetables is prepared in many local ways. Originating in Mumbai, this pav bhaji recipe is today adapted to suit all regions. Anyway, this is… Kadai Chicken is a delicious chicken curry traditionally cooked in a kadhai, which is a heavy-bottomed pot or wok. Restaurant Style Spicy Kadhai Chicken is cooked with ground spices, which we can relish with any Indian flatbread like phulka, plain paratha, tandoori roti, and jeera rice or lemon rice. I always make chicken curry in… Gajar ka halwa ( how to cook Gajar ka halwa. ) is a popular sweet dish made in India. Although you can make carrot halwa in every season, in the winter, when halwa is made from fresh garden carrots, it tastes better and is better for your health.  I like carrot halwa very much, I… 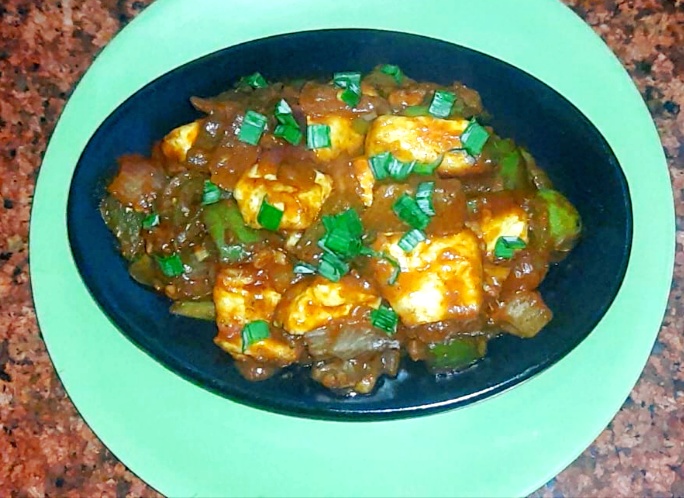 Chilli Paneer is an Indo-Chinese dish. which is made from fried, crispy paneer cubes mixed in a spicy sauce. Chilli paneer, which is made crispy and spicy in every restaurant and home in India, is coated with cornstarch and cook with onions, spring onions, capsicum, green chilli sauce. This pure vegetarian paneer is the first…